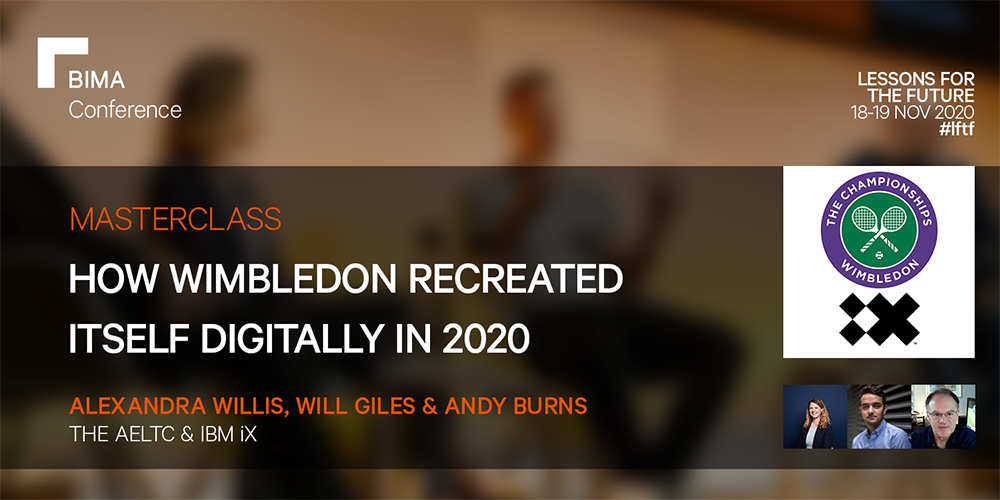 How Wimbledon Recreated itself Digitally in 2020 | Wimbledon & IBM iX

In 2020, for the first time since the Second World War, The Championships, Wimbledon, was cancelled. In the absence of any live event, the AELTC pivoted, maximising its digital transformation journey with technology partner IBM, to provide a digital recreation of The Championships, developed in just eight short weeks.

‘Wimbledon Recreated’ launched in June, providing opportunities for fans to put their own personal spin on Wimbledon from their homes, gardens, and more, leading into The Greatest Championships, a round by round retelling of some of Wimbledon’s best matches that provided a live experience for fans despite the lack of live tennis.

Providing an outlet for Wimbledon’s loyal fanbase, Wimbledon Recreated helped ensure that Wimbledon maintained its reputation at 2019 levels, and its position in respect of other sports properties.

Hear direct from the team on how they made it happen.